As if the humiliation is not enough for the Mugabe in English Premiership. The longtime service manager Arsene Wenger blames the added time for the 3:0 defeat against Manchester City.

The Striking Force To Reckon with in the City squad Aguero scored in the first half. His goal brought about many mixed feelings since he outmuscling Shkodran Mustafi to get the opportunity with one on one with Ospina. According Arsenal Fans, The Referee should have ruled for a foul, as Aguero embowled a puch to ensure Mustafi did not get ot the ball. 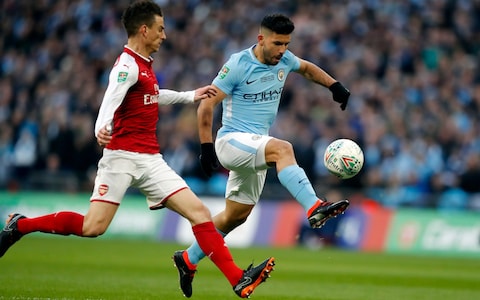 He then reached goalkeeper Claudio Bravo’s long ball before lobbing David Ospina from the edge of the box.

The First Half then ended with Pep Side leading by a goal to nill. There were many suprises in the second half of the game. 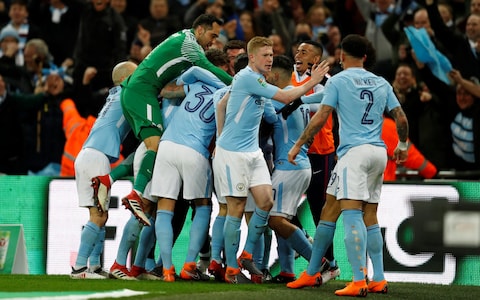 Vincent Kompany. the captain for City on the day was full of fire as if this was Wakanda. He reach to a shot which was heading his way and a little tap from the defender saw his game on the score board. 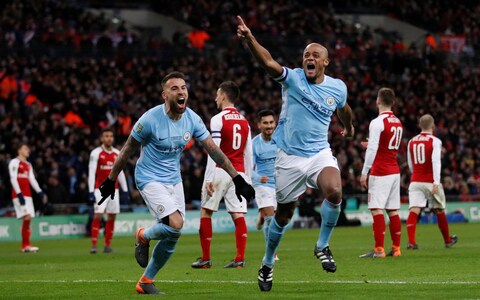 Thus He diverted in Ilkay Gundogan’s shot after Kevin De Bruyne’s well-worked corner and Silva fired home a third in the 65th minute to make the game safe.

Then Silva put the icey on the cake to ensure City were Cup winners on this day. 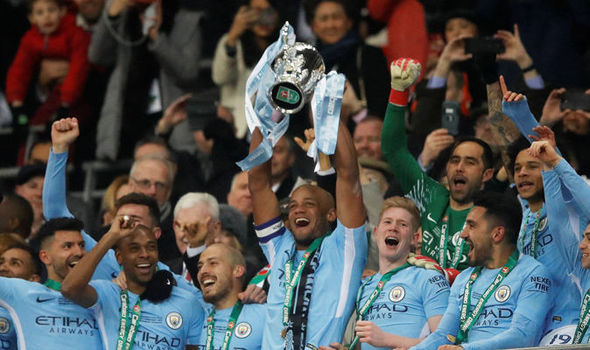 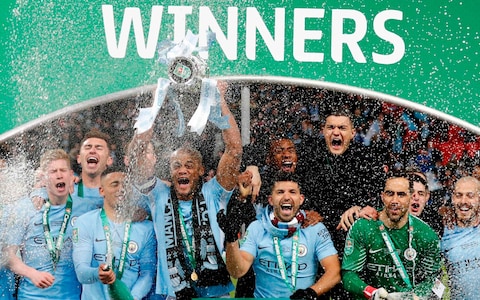 “Win titles and you have to win more,” Guardiola said afterwards. It sounded like a promise; a mantra; a threat to the opposition.

Wenger “It’s not the application that’s missing, it’s just lapses in concentration in key moments. I do believe we were unlucky, I’ve just watched the second goal again, it was an important goal in this game and it was 100% offside. We didn’t give too many chances away today but we gave easy chances away.” 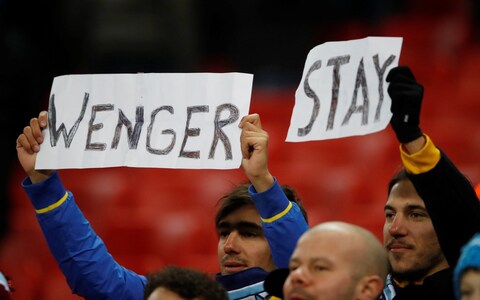 Pep Guardiola After The Match

“We are so happy, big congratulations for all of Man City, the big bosses, and all of our fans. The first half was not good, a lot of mistakes in the simple passes. The second half we played with more courage and personality, in the second half we were outstanding. We now have to focus absolutely on the Premier League. It’s for Manchester City, it’s not for me.”

[Stonebwoy] Give the “VGMA Artiste of the Decade” to SAMINI

Tourism in Dubai is booming the tourist most visited

Moesha apologizes to Ghanaians ” I pray u all find...