Rapper Kendrick Lamar was the opening act for the Night at the just ended grammy awards. KENDRICK LAMAR’S FULL PERFORMANCE. Kendrick Lamar who opened the Grammys Award Night performance excerpts of LUST. The set was designed having a backdrop of an American flag. With some dancers dressed in military uniform probably to represent the Vet. 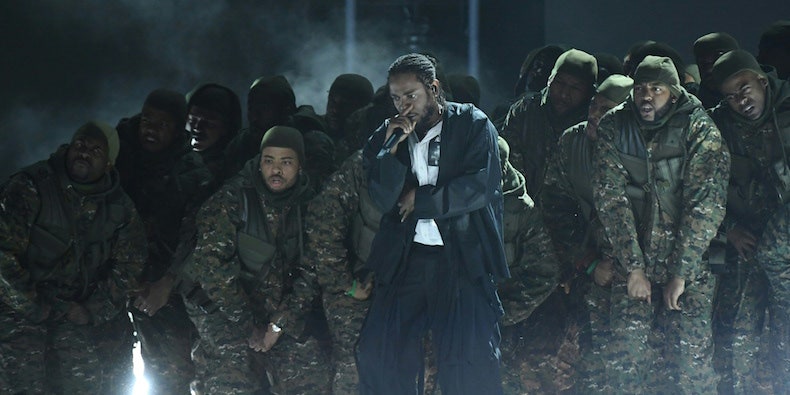 Kendrick Lamar then performed about “King’s Dead” with sounds of gunshots in the background. Grammy Award Winning Comedian of the Year, Dave as Chappelle was on stage looked stunned by the performance. Probably a message to him that Kevin HArt is the new King, who knows?

Lamar returned and his dancers wore red hoodies. Lamar finished his performance as each dancer fell to the floor in sync with gunshots. This about brutality ongoing in America.

DAMN, Although the album did not win the Overall Album of the year, Kendrick Lamar was proud that he grabbed Rap Album of the Year beating Jay Z 4:44.

The rapper came there with his sweet companion Whitney. The couple looked amazing during the night.

Symptoms and Precautions to take concerning the Coronavirus