Canadian Singer Abel Makkonen Tesfaye, known professionally as The Weeknd has just cut ties with major fashion brand H&M over a Racist Ad. The songwriter, who doubles as record producer took to social media to announce this.

The Weeknd who launched his own line with H&M last year — posted a message about the tasteless ad, saying, “woke up this morning shocked and embarrassed by this photo. i’m deeply offended and will not be working with H&M anymore 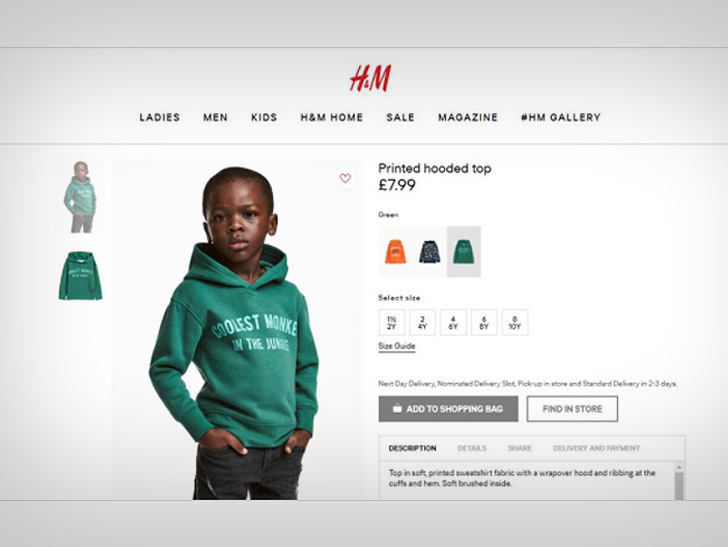 The Weeknd is making it VERY clear — H&M’s apology for a racist online ad has fallen on deaf ears — and he’ll never work with them again. The clothing store came under heavy fire after an ad showed an African-American child wearing a hoodie with the inscription, “Coolest Monkey in the Jungle.”

woke up this morning shocked and embarrassed by this photo. i’m deeply offended and will not be working with @hm anymore… pic.twitter.com/P3023iYzAb

Many celebrities have expressed their displeasure with the Fashion Brand. The Balck Community is of the view that brands have figured a new marketing strategy. Outraging the black community by being insensitive/controversial ads. This often get the black community to talk about it and thereby make the brand trend. Most noteworthy is that although this strategy should not be encouraged, it works. Especially because these brands know no one really stops buying, the ‘boycotts’ all end online.

I Mean Nobody At H&M Caught This?👀 pic.twitter.com/YTk2EPhGXu

Since the release of the Ad, H&R has received a huge amount of backlash from many of its customers and the public. As such it has removed the Ad from online and the product from its stores.

Kay Z – Wo Be Ti (Prod. by Skillisbeatz)

Your name alone can disqualify you from winning an award –...

Burna Boy To Win A Grammy

Clothing and Accessories for the Crypto Trader