Liverpool’s Mohamed Salah Ghaly has been named as Africa’s Best Player of the year. Best African Player Mohammed Salah. The Egyptian earlier this week also won the Arab’s Best Player Award. Salah who just 25 years of age, has been an instant success at Liverpool since joining from AS Roma, scoring 17 goals in the Premier League already and 23 in all competitions.

Mohammed Salah was no doubt tipped as the receiver of this year’s Best African Player award. Among his numerous achievements which helped him secure this award is his when he led the pharaohs of Egypt to qualify for Russia 2018.

The Egyptian forward who plays for EPL side Liverpool together with teammate Sergio Mane who was a nominee to the award have both had a tremendous season. Salah has been at his best since the English Premiership season began and most importantly led Egypt. 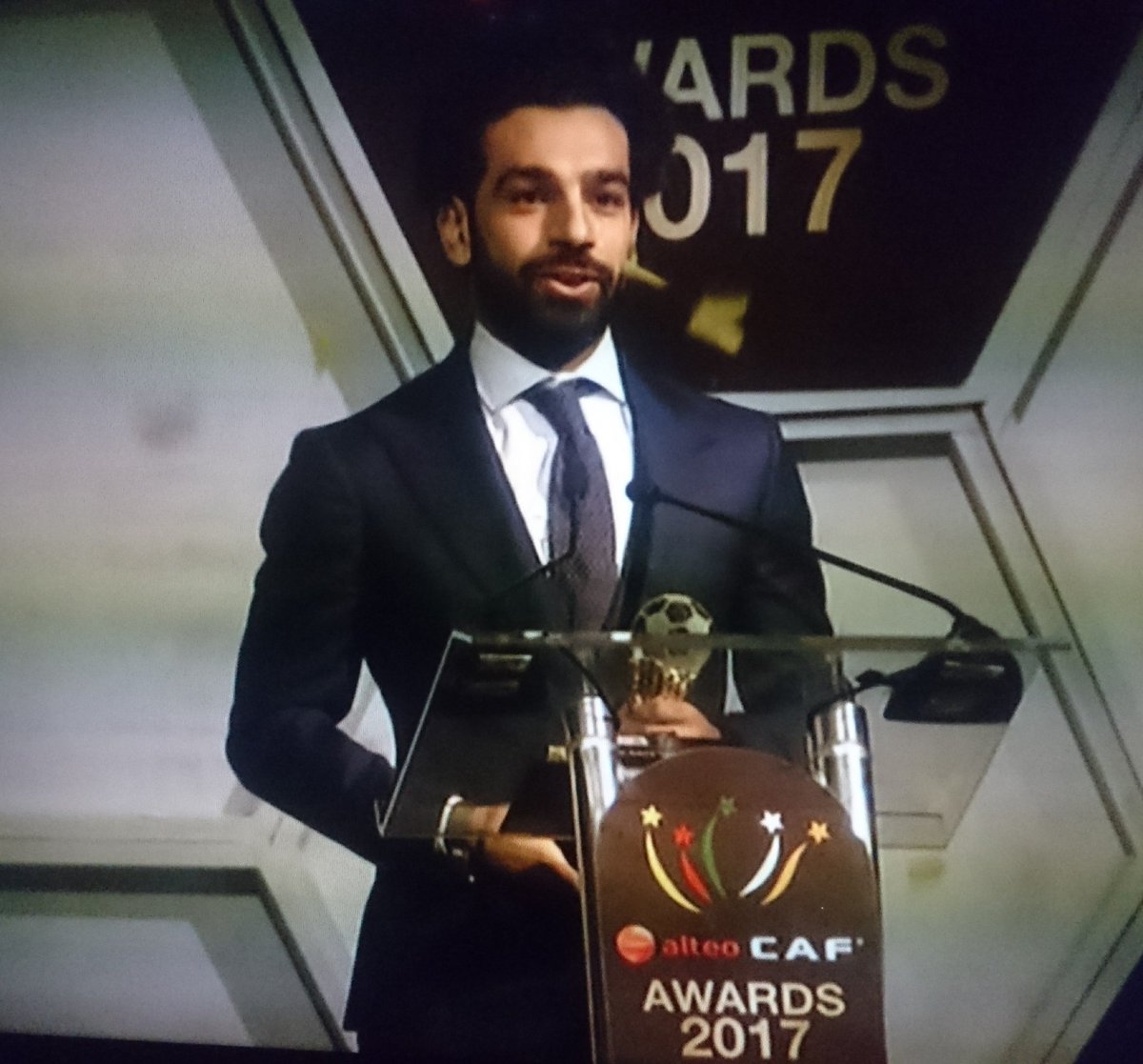 Mohamed Salah was able to send Egypt wild after securing World Cup finals after 30years of World Cup drought. During their final match with Congo, Salah scored both Egypt’s goals. The second was unforgettable penalty spot kick in the fourth minute of second-half injury time. This was very dramatic as many Egyptians and football fans around the world were anxious to see Salah score.

And yes Mohammed Salah scored the spot-kick in front of a capacity crowd of 30,000 at a military stadium in the Mediterranean port city of Alexandria. The Liverpool forward Mohamed Salah had a school renamed in his honor.

Last December he won the BBC African Player of The Year.

OTHER AWARDS OF THE NIGHT INCLUDES:

During the Awards night, Egypt was also named as the Caf National Team of the year 2017 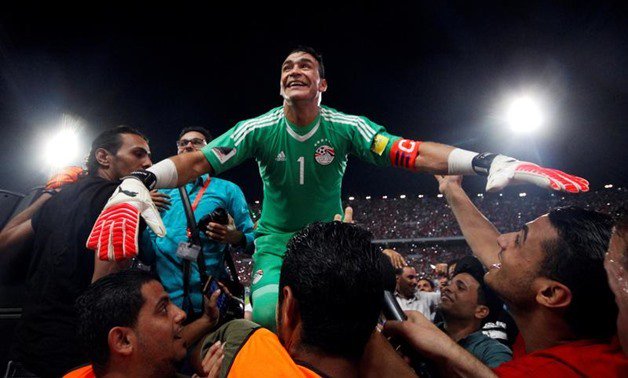 2 Asisat Oshoala Won the Women Player of The Year. Asisat Oshoala : she was the top scorer (12 goals) in the Chinese Women’s Super League this year. The Nigerian Super Falcons didn’t play a single game in 2017!

3. Congratulations on COSAFA Women’s Champions 2017 Banyana_Banyana on being named the Africa Women’s National Team of the Year. #AiteoCAFawards2017 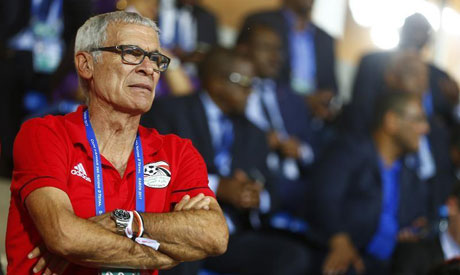 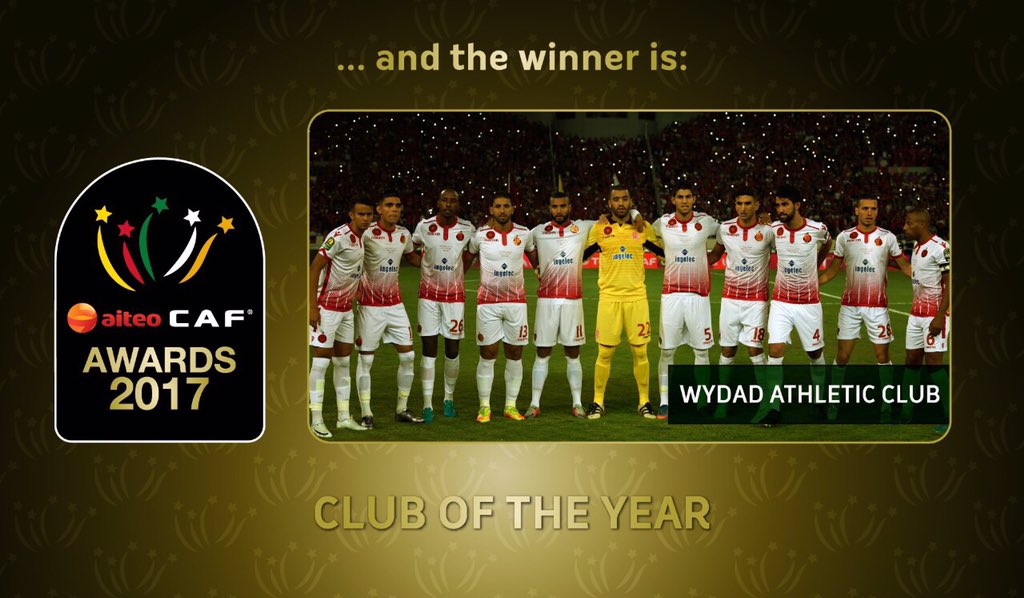 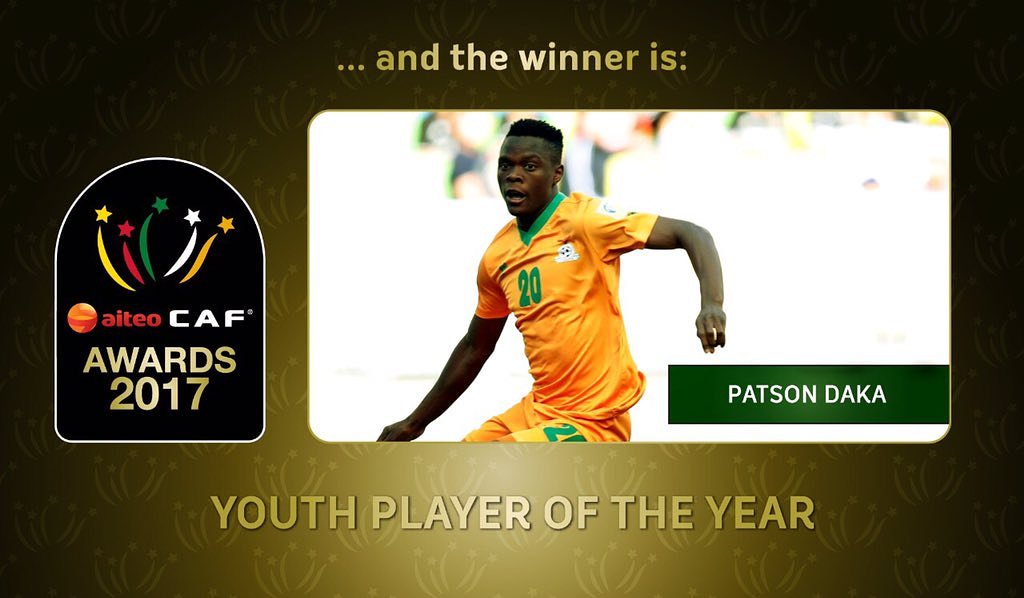