For over 13 years now Ghana has failed to secure a place in the World recognized beauty pageant Miss Universe. Ruth Quashie ended this drought after securing a place at this year’s Miss Universe.

Ghana’s representative Ruth Quarshie graduated from the University of Ghana Business School while continuing her role as a top model. Active in runway, fashion, and lingerie for over seven years, she has been featured by many major brands. Ruth is fluent in English, Fante & Twi, and is always up to travel and explore. She is passionate about the use of creative expression, particularly through singing and sculpting. 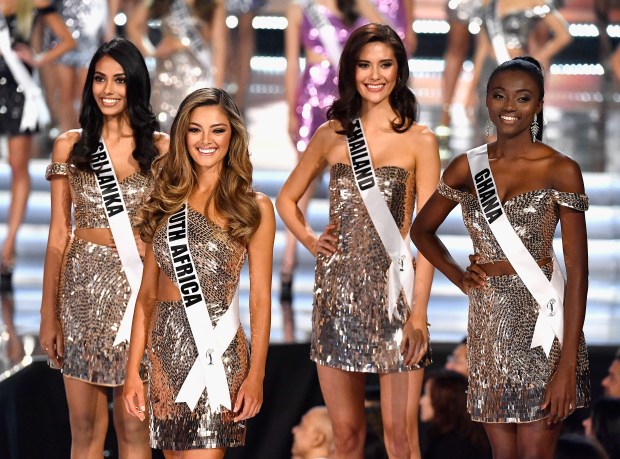 Ruth believes in the importance of instilling young girls with good values and high self-esteem through social action projects. She hopes to continue to educate young girls and provide them with the tools to succeed in this millennium. The other, South African Demi-Leigh Nel-Peters, emerged the eventual winner. She replaced France’s Iris Mittenaere, who won the crown last year – though final event was held in January, 2017.  The crown is South Africa’s second after Margaret Gardiner won it in 1978.

During the competition’s Q&A portion, the newly crowned Miss Universe was asked about the most important issue she thought was facing women in the workplace.

“In some places, women get paid 75% of what men earn for doing the same job, working the same hours — and I do not believe that this is right,” she said. “I think we should have equal work for equal pay for women all over the world.”