Seems like a bad omen for Christiano Ronaldo and his men after the Best Footballer of the year award. There were no English players in the team of the year. I think the Queen just paid the piper.

The first match between both teams was full of surprises and ended in a 1 all draw. The return league at Wembley was a must watch.

27’27’ Alli D scored the first goal for Tottenham from an assist by (Trippier K.) 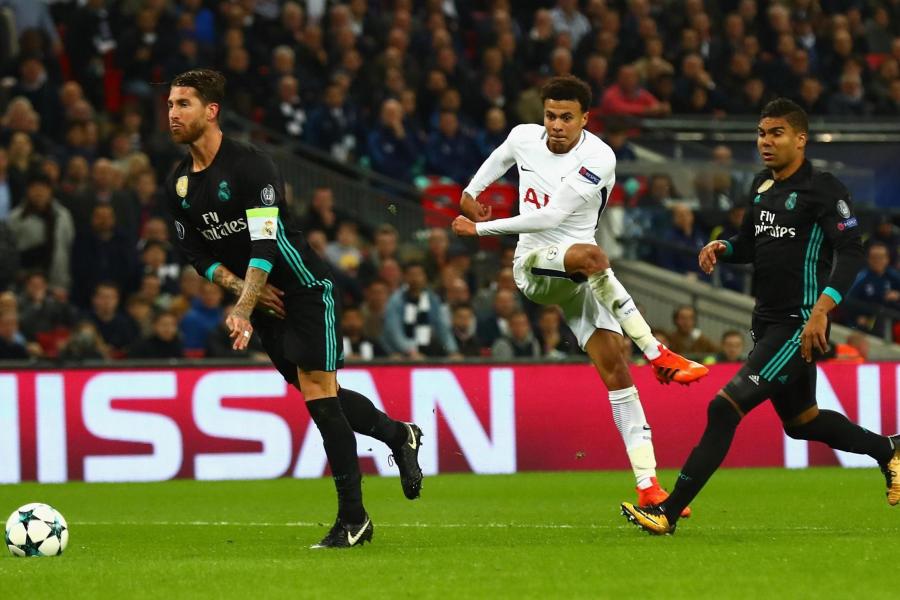 Standard “With Spurs looking comfortable, and having been kept out of the game until the closing stages, Cristiano Ronaldo managed to improve his impressive record over the north Londoners and bagged his 10th career goal against them following a goalmouth scramble”

Okay the World BEST scored a Goal! Cristiano Ronaldo (Real Madrid) picks up the ball inside the box, finds himself in a good position and fires in a shot which is deflected past Hugo Lloris. He makes it 3:1.

Dele Alli in an interview after the match said: ”  We knew if we stayed solid at the back we would get chances. And it could have been more. We said at their place we could not believe how much space we had, sometimes we did not take the simple passes there. These are the occasion you want to play in as a boy”

ERiken: ” We kept our composure really well and were professional. We have shown what we are capable of. We focus on the League now”

The Tottenham Coach was asked if He thinks Zidane will be a good coach in the premier league “Yeah, I think so, why not? It’s normal when you look at someone like Zinedine Zidane and what he’s achieved that he is somebody that could have success in the UK,” he told a news conference.

“I say that as regards to his capacity as a coach, his personality, what he’s achieved at Real Madrid and above all FIFA last week elected him the best coach in the world. So why not?

“Ultimately, it’s something that’s up to him but obviously he has all the qualities to achieve a lot in England or anywhere else in the world.”